Dorsey Beauty was co-founded by two sisters who have worked as an artistry team for years. It all began well over a decade ago when they began experimenting with and learning about makeup as a way to “cut loose” from some pretty high pressure schooling and day jobs. This experimentation turned into passion as the two were able to still feel like themselves, despite regular outfits of pant suits and scrubs. They both took the leap of faith and worked at high end retailers and cosmetic companies in conjunction with their “other careers” once discovering there was more to life than the office. Then, their own onsite makeup artistry business began to grow.  Since starting, Meghan and Melissia have worked with hundreds of wedding clients in Maryland and up and down the east coast.   With more amazing brides and larger bridal parties came the need to expand.  As Dorsey Beauty has done so, it has been lucky to include some of the most talented makeup artists and hair stylists Meghan and Melissia have met in business.

Meghan Dorsey – Lead Makeup Artist – Meghan has been a pro artist for over ten years and has worked in the cosmetics industry for high-end retailers.  Prior to moving her focus exclusively to bridal makeup, Meghan spent several years working MAC Cosmetics and holds a MAC certification. 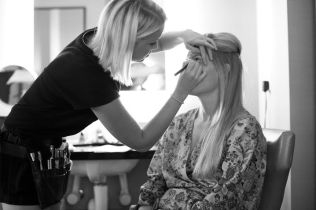 Melissia Dorsey – Lead Makeup Artist –  Melissia has been a pro artist for over ten years and has worked in the cosmetics industry for high-end retailers, various luxury cosmetics lines, and several on-site makeup companies.  She has specialized in bridal makeup for the last five years. 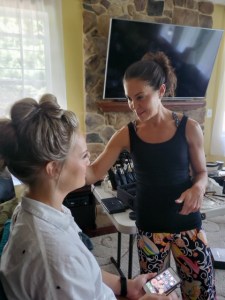 Roxie Thomas – Lead Hairstylist – Roxie has been a hairstylist for over ten years.  She got her start working at various salons in the Annapolis area.  For the last several years, Roxie has specialized exclusively in bridal hair styling. 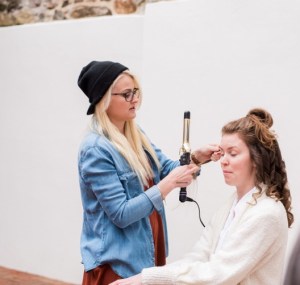 Kristen Twigg – Lead Hairstylist – Kristen has been a hairstylist for over fifteen years.  She has worked interdependently and with large companies doing event and bridal hair styling. 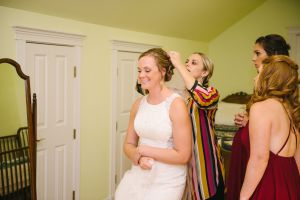 Kristi Crawford – Lead Hairstylist – Kristi has been a hairstylist for over ten years.  She got her start working at various salons in the Annapolis area. For the last several years, Kristi has worked at her own studio and has specialized in bridal hair styling. 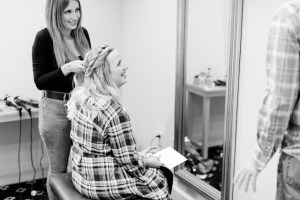